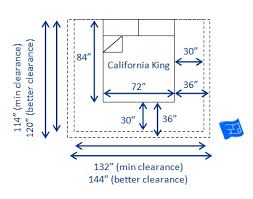 In 1955, the Coca Cola ® Company introduced the King Size Coke. This isn’t to say the “bigger is better” concept was invented sixty years ago in Georgia. No, I’m pretty sure we Texans had that idea long before the middle of the twentieth century. However, so far as I know, it was the Atlanta soft drink company that conferred royal status on the notion.

King-sized products and portions are now commonplace, which inevitably tarnishes their regal luster. Restaurants stopped serving dinner on plates and switched to platters several years ago. What was once a normal meal now looks like a snack, and what would once have been a feast fails to widen our eyes. Our waistlines, alas, are a different matter.

Don’t get me wrong; I’m all for freedom of choice. Anyone who wants to buy a soda pop so big it has to be pushed around on a furniture dolly has the right to do so, and until recently I endorsed the bigger = better equation. Now I’m balking.

My change of heart is because of a newly acquired bed (not my idea) known as the “California King.” Uh-huh. From California. It already sounds like trouble, doesn’t it? Think about it for a moment: If a man sleeps alone, what on earth is he going to do with all that real estate? Snoring is pretty space efficient. If he doesn’t sleep alone, why on earth would he provide his tootsie the opportunity and the acreage to roll away?

“Tootsie, roll towards pop!” is my attitude. I want her snuggled against me, so I’m against king-sized beds.

One edge of this new bed is so far out west that it’s in danger of being annexed by Amarillo, and I’m pretty sure I’ve spotted tumbleweeds piling up against one of the pillows on the far horizon. The top sheet looks like it was formerly the mainsail on the Piñta or Santa Maria, and I cannot wash it and the fitted sheet at the same time. Each is a load by itself. Making up the bed with clean linens involves more hiking than the Boy Scouts ever required.

When I want to communicate with my sweetheart, I place a call to her cell phone. Fortunately, because we use the same service provider, long distance charges do not apply.

“Any rain out your way?” I ask. That just ain’t right.

So, when ordering a steak, buying a pickup or shopping for a hat, we Texans have a right, perhaps even an obligation, to go for BIG. All I’m saying is that over application of the principle can be a mistake. An expansive homestead may bring happiness, but a king-sized bedstead will not.